Something else that goes against the grain of what the media promotes:
Trump picked up an overwhelming percentage of the Latino vote. Especially in Florida and Texas.
Despite his harsh stance on illegal immigrants, particularly Mexicans, many from Cuba. El Salvador, and Venezuela wholly supported him. They remember the dictatorships they left behind, and certainly don’t want this country to fall into Socialism.
And

fuzzygobo said:
and certainly don’t want this country to fall into Socialism.
Click to expand...

How could it fall under socialism with good ol’ Joe at the helm? He’s about as socialist as Adolf Hitler was. Aka, not at all, but people paint them as that.

Good ol’ Joe ain’t long for this world. No matter who it is, being President is the most stressful job in the world. After Obama’s term he looked like he aged 20 years. It takes a toll on everybody. If Joe can make it to 2024 without dropping dead I’ll be amazed.
I still think Klovichar would have made a better running mate.

I’m still old enough to remember Harris’s own presidential bid. She told Joe exactly what she thought of him in no uncertain terms. He was a racist sexist white male pig. So when did he go from being the incarnate of Archie Bunker to someone she can’t wait to serve with?

Either she only hates Trump more, or is biding her time for something to happen to Joe and she’ll sink her claws in.

I’ve been suspect of both of them on the campaign trail. Neither would give a straight answer on packing the courts,, recovering the economy, fighting COVID, police reform, fracking, taxes, etc.
The main plank in their platform was “Orange Man Bad”, and that was as specific as they got.

It’s definitely not looking good at all for Trump.

He still needs PA and apparently AZ hasn't been officially called. But Trump only has one way to win which is to get all uncalled states basically. And possibly win a recount in WI where it appears to be a very narrow lead for Biden.

20,000 isn't that large a margin. Neither Trump nor Biden won a majority in WI. Plus you have the ability to contest the validity of mail ins. Until PA is called, there are still moves to be made.

Old Thunder said:
How could it fall under socialism with good ol’ Joe at the helm? He’s about as socialist as Adolf Hitler was. Aka, not at all, but people paint them as that.
Click to expand...

Well, in a few speeches, Biden talked about his progressive leadership. Somehow in translation, people from Venezuela think progressive means “I’m gonna be just like Hugo Chavez!” He ran Venezuela into the ground, and I guess they fear Joe will do the same.

Not that this has anything to do with anything. Back in the 70s Chevy made this cheap little car called the Nova.
Chevy tried to market it to Central and South American countries. In Spanish, no va means “doesn’t go”. So who would buy a car that doesn’t go?
Oops. Marketing blunder.

MuppetsRule said:
They aren't going to make up 20000votes in a recount.
Although somebody told me today that there were more votes cast in Wisconsin than there are registered voters. Im sure it is just an internet rumor but . . .
Click to expand...

That’s something the dems we’re trying to push earlier this year, that illegal immigrants can vote too. But especially in Pennsylvania, ballots are being meticulously checked against signatures, trying to make sure every one is legit.

So apparently AZ may have been called wrong. There are still many votes that haven't been counted and they are from republican districts. AZ misreported that they had 95% reporting. Apparently it was 86%. Considering he won it in 2016, I wouldn't be surprised if it swung in his favor by a narrow margin. AZ and PA means he wins and so far with 89% reporting in PA, he is still holding onto it.
M 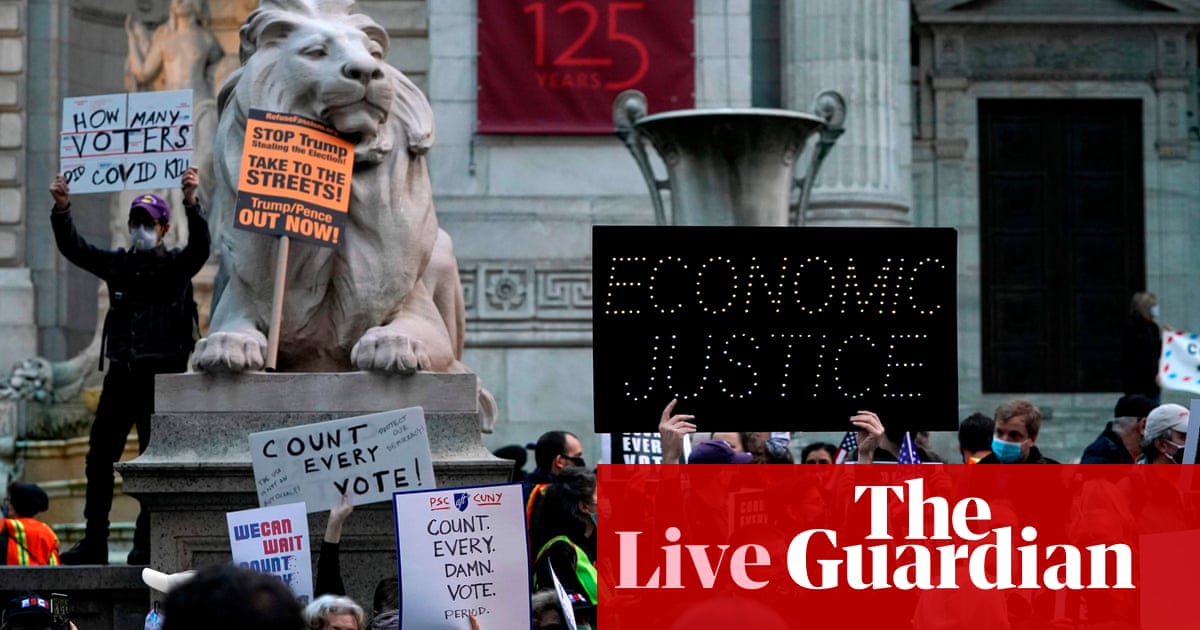