MWoO said:
I will say this, it is true that the democrats have been looking to impeach Trump well before anything was actually found. Heck, remember when people were calling for his impeachment before he even took office? When Obama was elected there was a video of celebrities not only calling for urbanity, but pledging their allegiance to him. When Trump was elected there was a video from celebrities asking for the vote to be over turned.

Also, on a some what related note, I am all for companies making profits. You know why? Because I have a 401k that grew 15% this year, mostly due to having half of it in large cap stocks that profited from Trump's tax breaks. See, that is the thing people forget; regular people have money tied up in these "evil" corporations. That's how we can grow wealth. You invest in relatively safe stocks and hop[e they do well and reap the benefits. Then you take what you reap and reinvest and eventually grow your personal wealth.

That's what happens over time. I never had the highest paying jobs, but I always saved a few dollars from every paycheck. Those few dollars every week grew over time(it took almost 30 years) at a higher return rate than a bank.
Investing in a 401k gives you a better rate of return. Some stocks are more aggressive than others, providing higher returns, but are more risky ( the only time I lost money was back in 2000 when the dot.com industries went bust).
My stocks usually averaged between 10 and 20% return. Banks, if you get 2% you're lucky. Keeping your money in a mattress, good luck.

Yes, you don't have to be a CEO to make money. And it's not some pyramid, get-rich-quick scam like Amway. All it takes is time.

So, for everyone who's hating on and boycotting Chick-fil-a, you may be interested to know that McDonald's just brought back their rip-off version of Chick-fil-a's chicken sandwich: the chicken itself tastes exactly the same, but the sandwich as a whole is far more bland since they use their own, flavorless buns, as opposed to Chick-fil-a's peanut-oil flavored buns.

It's not the peanut oil that makes a chick-fil-a sandwich taste good, it's the unadulterated hatred of homosexuals that gives it that zing.

Boy, talk about a zinger. 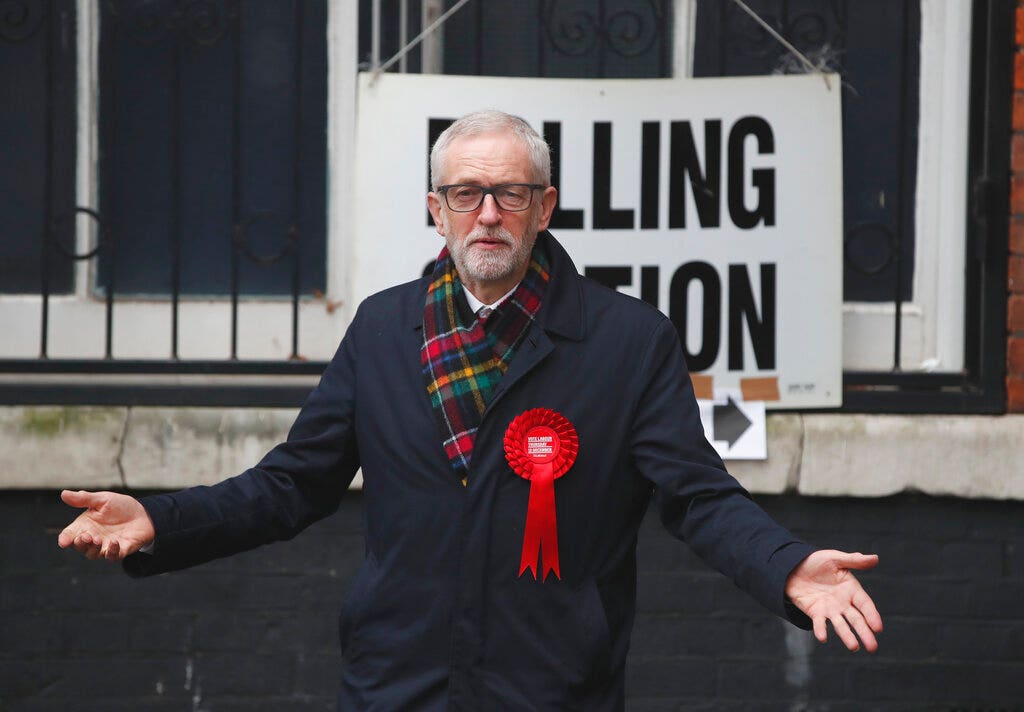 Left-wing Labour Party leader Jeremy Corbyn saw his party mauled in Britain’s general election Thursday as its strongholds across the country fell to Prime Minister Boris Johnson’s Conservative Party -- a dramatic result that commentators on both sides of the pond are seeing as a warning to...

www.foxnews.com
This is very interesting.

Whelp, at least there’s some sort of plan going forward. We’ll see if Brexit actually brings the prosperity that people in the U.K. seem to be longing for, or if it just severs them off further from the rest of Europe. Will be interesting.

Old Thunder said:
Whelp, at least there’s some sort of plan going forward. We’ll see if Brexit actually brings the prosperity that people in the U.K. seem to be longing for, or if it just severs them off further from the rest of Europe. Will be interesting.
Click to expand...

I hope the people of Britain are delivered Brexit like they voted for. It will be very interesting to see how it goes moving forward.