It's hard to believe it has been 30 years since Jim's passing on May 16, 1990. Like many of you, we'll never forget that day. Share your memories of May 16, 1990 and the impact Jim Henson continues to have on your life. Feel free to also post art, poems or favorite Henson video clips in honor of Jim.

Listen to the music of Jim Henson on Muppet Central Radio. Read our Jim Henson tributes for many stories from the days and weeks after Jim Henson's passing. Our "Remembering Jim Henson" menu designed by Jamie is also now on our home page.

Join us in celebrating Jim's legacy that will live on for generations. 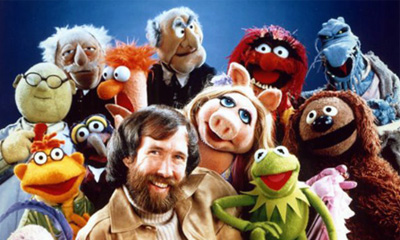 I always have days when I just want to draw something new. May 16th is one of them. I wonder what it'll be this time...

30 years? Where does time go?
It doesn’t move me too much that Jim is gone, but that he’s been gone so long. So many people’s lifetimes, and a good chunk of mine.

The one song they played on the radio that day was Elton John’s “Goodbye Yellow Brick Road”. Just like he did it on the Muppet Show. It’s one of the few songs I can’t listen to anymore because it reminds me too much of Jim.

50 years of Sesame Street now. The show has been around longer without him than the first 20 years with him.

30 years? That still boggles the mind.