Here's a tribute drawing made by Ceruse.
http://browse.deviantart.com/?order=5&q=jerry+nelson#/d5cnsbn 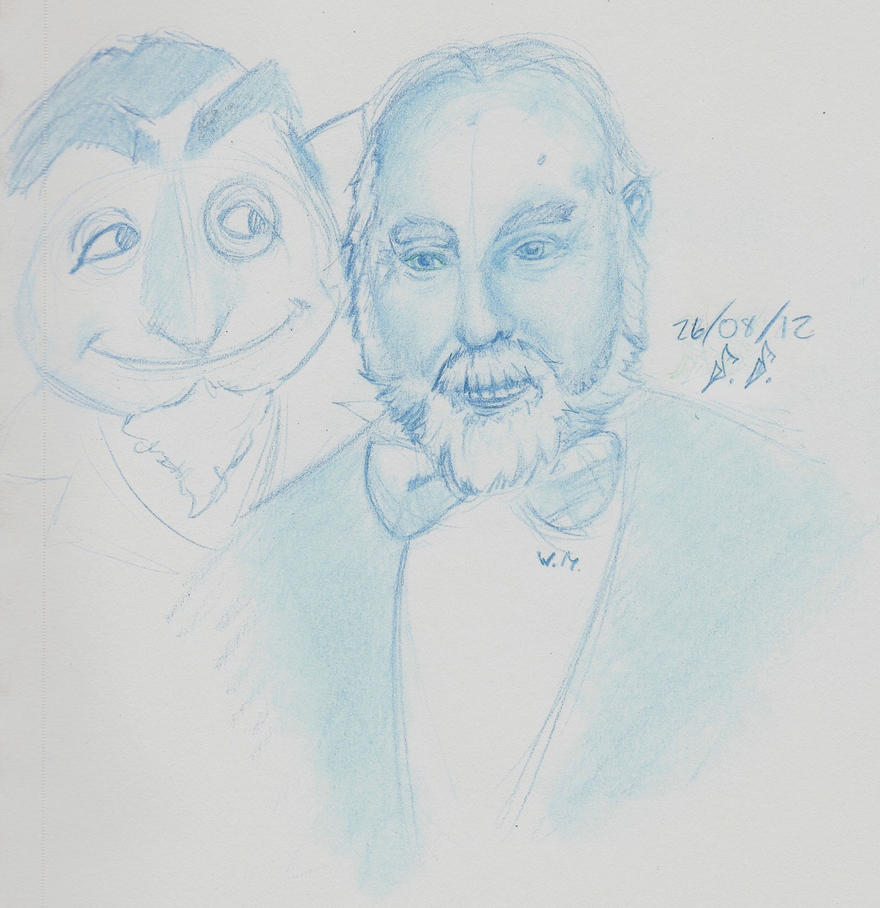 Hey has anyone found out anything about the condolance/ letters of rememberance yet?

The Lose Of A Dear Friend 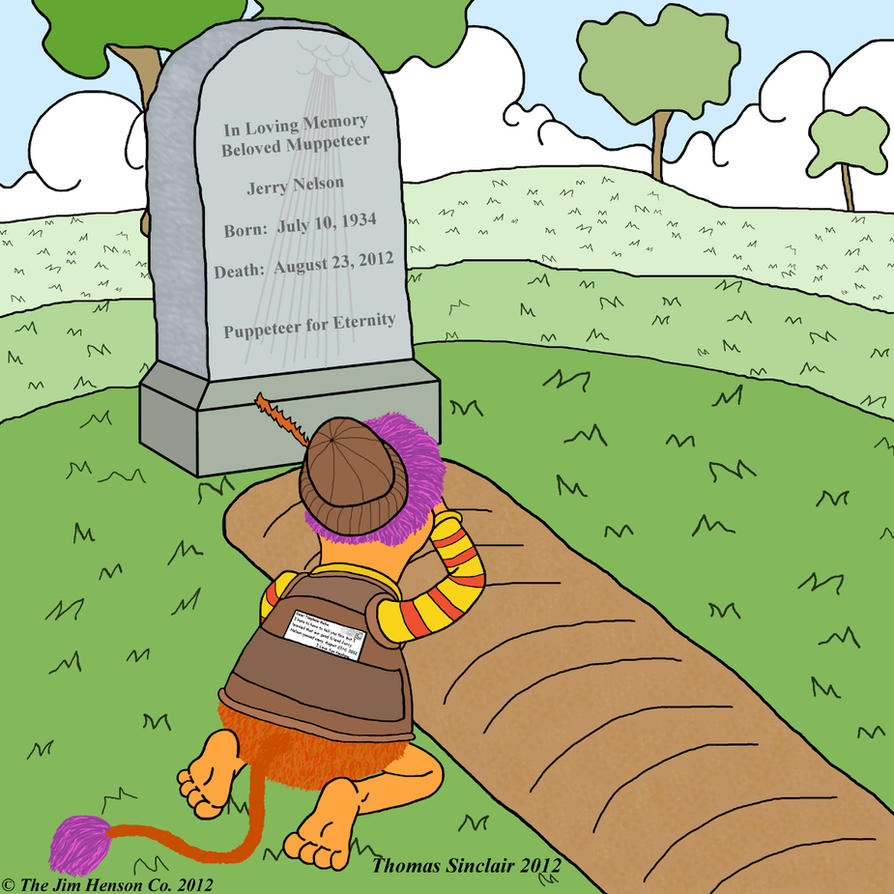 Gobo Fraggle is grieving over the lose of his very close friend by his graveside.

Thanks Jerry for all the wonderful memories you leave behind for us to share for generations to come. You will be greatly missed! 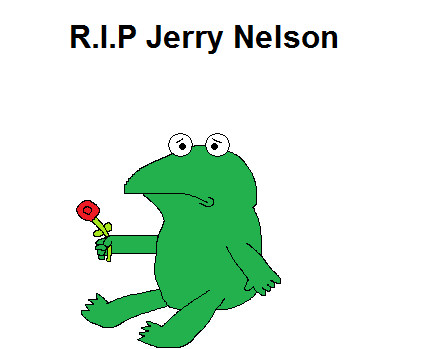 I don't think Robin ever got so much attention before.

Here's artwork of Jerry Nelson (with The Count), along with Neil Armstrong and Phyllis Diller (the pink pony) entering in the transporter which makes them ponies.
Fore more info, go to this link. http://browse.deviantart.com/?order=5&q=jerry+nelson#/d5cke3a
This was made by SketchinEtch.

RC1979 said:
Anybody know if Frank Oz or any other performer reacted to his death yet?
Click to expand...

Stephanie D’Abruzzo has posted about Jerry's passing on her personal blog - http://stephaniedabruzzo.blogspot.ca/2012/08/jerry.html

I had the magnificent gift of spending the afternoon with Jerry just before he left. We laughed and talked, as he drifted in and out. We talked about Richard Hunt, the old days and the fun we all had together. He wa
s his old charming, witty and funny self. We drank Dark and Stormys, I played an old beach guitar he had sitting in the corner and sang songs as he drifted around. I left about 7:00, and as we sat down to dinner at 8:15, Jan, his wife, called and said he was gone.
For those of you who were there when he spoke to the conference, you know what a master he was, of both character and performance. His gift is what he shared with all of us, all over the world.

It is a sadder world without Jerry, but we have his wonderful work to remember him by. I am grateful for the time we had with him.

There have been many, many comments from friends and colleagues of Jerry's on Twitter since his passing (search Twitter for "RIP Jerry Nelson" or just "Jerry Nelson") and a lot of comments on Facebook as well.

Scooter289, I loved your video tribute of Jerry. Using one of his original songs and listing most of the characters he performed was a fantastic idea!

Like many of you, I felt like a sledgehammer hit me in the chest. It was like May 16, 1990 all over again. "Dear God, no..." I whispered at the monitor. With every post I read on MC, Tough Pigs and on Facebook, the hammer blows only increased. Jerry Nelson was gone. I read the posts until I couldn't take it anymore...or until a fresh set of tears turned the computer screen into a shapeless, glowing blob.

It was extremely tough to work that day. Like everyone else here, I loved Jerry too. I only met him through Facebook, but at least I was able to tell him how much Fraggle Rock meant to me and to thank him for all the wonderful songs, characters and all around positive influence he had on my life.

I too wondered, upon Jerry's ascent into Heaven, I would expect him to yell "PIIIIGS IIIIN SPAAAAAACE". No Mr. Roe, it isn't corny at all to want Jerry to announce your arrival into Heaven. I'd want that, too. What Muppet fan wouldn't?

I was lucky enough to receive his autograph in the mail once back in January 2000. What a great way to start the millennium!

My only regret is that I didn't tell him about my wedding cake. See, my wife and I just got married on August 4th. The photographer hasn't gotten our photos done yet, otherwise I would've shown Jerry the picture of the cake. It was an exact replica of Ma and Pa Gorg's 513th anniversary cake from "Ring Around the Rock". It even had the PVC figures of Ma and Pa on the top. We chose it because of our love for Fraggle Rock...a masterpiece and one of the most positive influences of our lives. (Look closely at the base of the case and you will see a photo of Junior holding the real deal).

Also displayed at the wedding were photographs of those we loved and admired: those who were not present physically, but still beloved by myself and my bride. Among the photos of family members and loved ones who had passed away was a group shot of some of the main Muppeteers: Jim, Frank, Richard, Dave, Steve...and Jerry. Just minutes before I was wed, I glanced at their picture and silently thanked them all. Along with my family, the Muppets were a huge source of silly joy. Jerry was an important part of that.

Behind the photos was a sculpture I had created for my aunt and uncle one Christmas: a miniature scale model of the Gorg's Castle, complete with the well, the garden, the Gorgs, Fraggle Rock, the Trash Heap, Philo, Gunge and even those salt and pepper shakers Junior made (see Blanket of Snow, Blanket of Woe).

I have been to the set of Sesame Street once. Whenever I go again, I will proudly wear my Count Von Count shirt in honor of Jerry.

Often things in the real world remind me of things in the Muppet universe. When I see construction workers, I always think of Biff and Sully. Any restaurant I am in, I smile if I see swinging kitchen doors with circular windows. I hear Fat Blue's frustrated cry of "WAITER!" in my head every time. The fourth stair outside my apartment complex isn't in the nursery. It isn't in the town. Finally, let's face it. Every single one of us on this message board who has heard thunder and lightning immediately thinks of the Count. I did just last night. A storm went through here and as the thunder rumbled outside, I said "Ah ah ah!" in my best Count voice. It was a reflex. I looked up at the churning sky and thought with a sad smile "Jerry's still counting."

There's more I could tell, but as the song says..."So much to say, foolish to try."

Keep on countin' up there, Jerry.

We miss you, we thank you and we love you.