I haven't seen this photo before at the 0:42 time mark.

I will miss you Jerry Nelson. But I know I will continue to learn from all the lessons you have left behind for us. Thanks for the sincere kindness you have shown towards me and many many many others.
- Anna

They have just recently uploaded a video of the recording the Muppeteers made for Jerry on his 65th birthday several years ago. This is probably the best tribute to him over anything else. Enjoy.

Thanks for sharing, zns!

I like how all the Muppet Show, Sesame Street, and Fraggle Rock Muppets got together by singing this song!

Yesterday I decided to honor Jerry Nelson's memory by watching a bunch of Sesame Street clips starring his characters online. Then I watched a number of TMS episodes, mainly ones that I felt heavily used his talents: Kaye Ballard, Bernadette Peters, and Harry Belafonte (the last one maybe not so much, but it does feature appearances by most of his characters who weren't in the previous two).

Y'know, the night before I heard the news, I had this dream. I was at a museum with pictures representing every well-known person who had passed away. I saw legendary people: creators of cartoons, famous actors and actresses...the list went on and on through the halls. And while I was there, I saw Jim Henson. Now, usually, I'd be in a state of elation and disbelief to see the creator of the Muppets; but this time, he was in such a mood that I was scared to approach him. He was looking at all the names on the walls, reading them with grief so bitter and yet so tender at the same time. "Oh, I remember him," he was saying. "The greatest cartoonist I ever knew. But they're all long gone now." He seemed to be on the verge of tears, angry that these people he loved had to go but so, so sad as well.
I don't know if any of you believe that God sometimes foreshadows reality with dreams like that, but I think He might have been preparing me for the news.
Jerry Nelson has been my favorite Muppeteer ever since I became a huge Muppet fan. He was so kind, so loving, so talented, and so real. God bless him and his family.

dwayne1115 said:
he was so well rounded as a prefromer to play so many voices what a talent! let's remember Jerry and our favorit Muppet he helped.
I will have to say crazy harry I love his laugh!
Click to expand...

Oh, wow--that's so hard. I can't name one, but here's a few:
The Announcer
Gobo
Jerry
Pa Gorg
Mumford
The Chinese Dancing Gorilla
Dr. Sillystuff
and last but not least, Marjory

Here's a tribute drawing to Jerry Nelson made by Mr-R0bby-R0b.
http://browse.deviantart.com/?order=5&q=jerry+nelson#/d5cj0ie 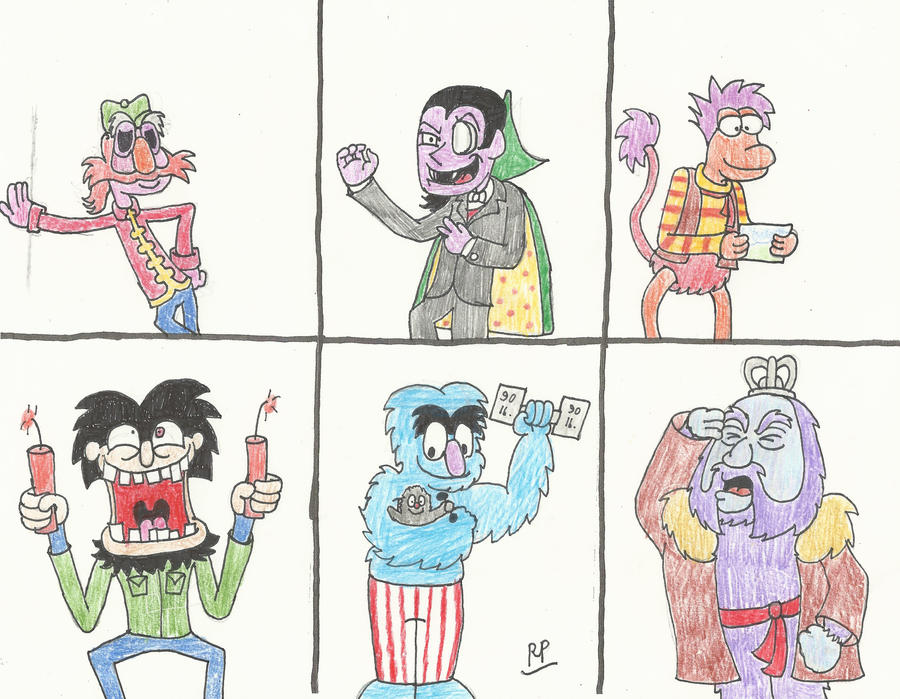