Well, I was disappointed to see Caroll's death didn't make the front page of Yahoo yesterday (as far as I could see), but Lizzo twerking in a thong at the Lakers game did.

I guess the time was right for him to take his flight from this world.

Who is this Lizzo person everybody keeps talking about lately?

Blue Frackle said:
Well, I was disappointed to see Caroll's death didn't make the front page of Yahoo yesterday (as far as I could see), but Lizzo twerking in a thong at the Lakers game did.

I guess the time was right for him to take his flight from this world.
Click to expand...

Well, back on the day Jim died, he barely got any mention in the news because Sammy Davis Jr. died the same day.
Even though I haven't thought about for quite some time, yesterday was also the date John Lennon died. I was only 12 back then, but that hit me hard too.

Similarly, Farrah Fawcett and Michael Jackson died on the same day as well; Farrah was living on borrowed time as it was, so it was clear she was nearing the end of her life, but Michael's death was so sudden and unexpected, so you can imagine whose death got more media attention that day over the other's.

And yeah, lest we mention Caroll's death was overshadowed by Juice Wrld's... no comment, and inb4 D'Snowth ask who Juice Wrld is, cause I was thinking the same thing yesterday.


D'Snowth said:
Who is this Lizzo person everybody keeps talking about lately?
Click to expand...

Some chick that sings this horrendous "Truth Hurts" song that they spin at my job 24/7... that's the only reason I know her.

I meant to post this a day ago when I heard the news while at work. I was at lost for words as I felt the weight of a man whose valued as a national treasure and a pillar of children's entertainment and puppetry has left us. What's been said about Caroll has been said, but I'll say I appreciated the warmth he expressed in his characters, his dedication in 49 years in performing the characters on Sesame Street, and the breadth in character range from playing the child-like, innocent Big Bird to the grumpy, sardonic Oscar the Grouch.

My condolences to his wife Debbie, his children, his grandchildren, and his many friends and colleagues who had the privilege of knowing him. Rest in peace, Caroll. You will forever live in my heart.
M

fuzzygobo said:
No, I saw it on a 20 inch RCA black and white tv. With big rabbit ears and crappy reception. We didn't have color for another year. Cable didn't exist yet.
Do you know how many channels we had back then? Seven. The only reason we had that many channels was being so close to New York City.
Like I said, color tv was a luxury. Cable wasn't invented yet. No VCR, no DVD, no On Demand, no nothing. There was this meme someone posted of all the things that didn't exist in 1980, let alone 1970. No cable, no microwaves, no cell phone- heck, our phone was mounted on the kitchen wall and get this! No push buttons, you had to use a dial tone.
Don't look at me like that! These were caveman days!
Click to expand...

I think maybe he meant that you saw it as a kid, but also saw it on YouTube as an adult, helping you remember details.

minor muppetz said:
I think maybe he meant that you saw it as a kid, but also saw it on YouTube as an adult, helping you remember details.
Click to expand...

I did see it again in the late 90s at the Paley Center in New York.
But I also had the Sesame Street Book of Shapes. It has very few words, but a ton of pictures, including one of Bob with orange Oscar.
I also had the first two Sesame Street cast albums, which I practically wore out. All this from around 1970-1971. But my mother said she sat the three of us kids down to watch the show together. For some reason my brother and sister watched a little and got bored (my brother would rather go out and play football), but I stuck with it. Even if I didn't know what I was watching, it held my attention. And anytime a song came on, I was bopping and grooving.

A few years later in first grade, we got to put on a play at school singing Sesame songs. Our little group sang "What Makes Music", "Everyone Makes Mistakes", and Big Bird's ABC song. Another class had a better gig- they got to sing "I Love Trash", and they each had a trash can and throw things into the audience!
I was six at the time, but I do remember standing on stage and singing my a$$ off. Great times. 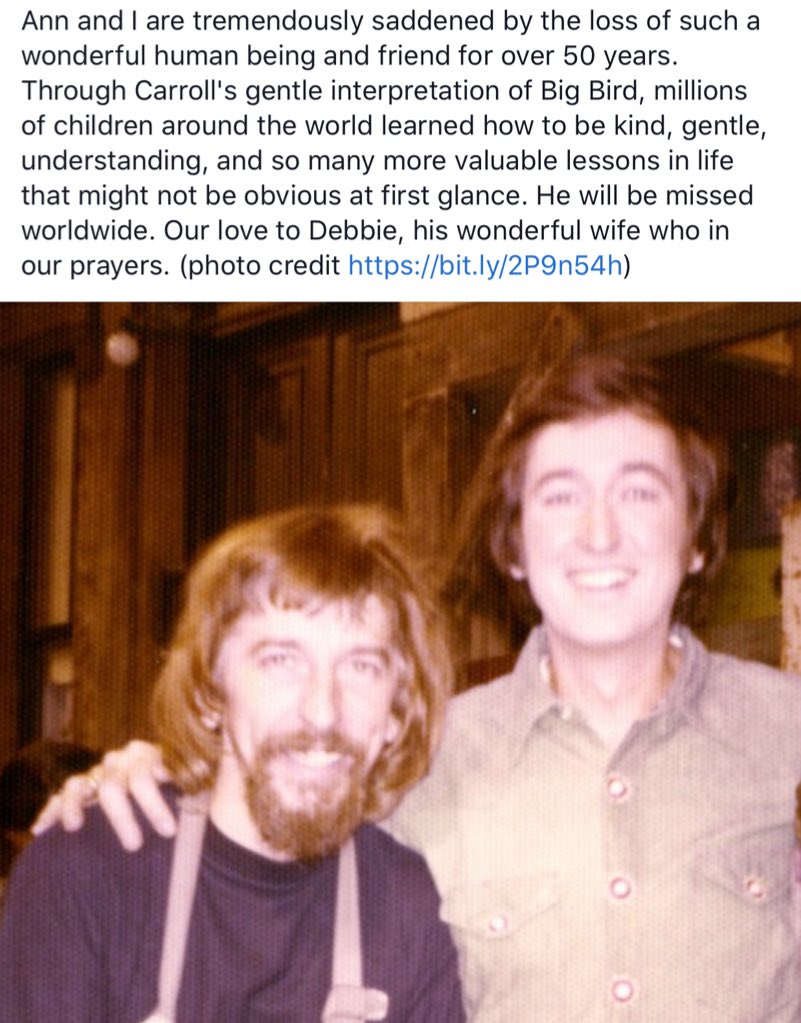