Puppet Up! at 2013 Edinburgh Fringe

Great news for Henson/Muppet fans in Scotland - Puppet Up! - Uncensored is at the Edinburgh Fringe for the next month.

I attended Friday's performance, which as most forum members know, sees the performers take suggestions from the audience before performing various sketches. There's also a tribute to classic Henson sketches, with performances of the Java sketch and the "I've grown accustomed to your smile" sketch - one of these is shown each night (I got the Java one on my night).

Sadly, although Brian Henson is on all the posters, he isn't in the actual show, though he is around town at various events doing promotional activity.

I'm going at the end of the month!!

Enjoy! I hope you get to see Brian on stage (I might make a return visit!).

Was there merchandise to buy? The things on the website I imagine, puppets, clothing, mugs etc!!?

No, nothing to buy, maybe because it's a Fringe show and they push you out the door quickly so the next show can start.

I added another autograph to my collection today......... 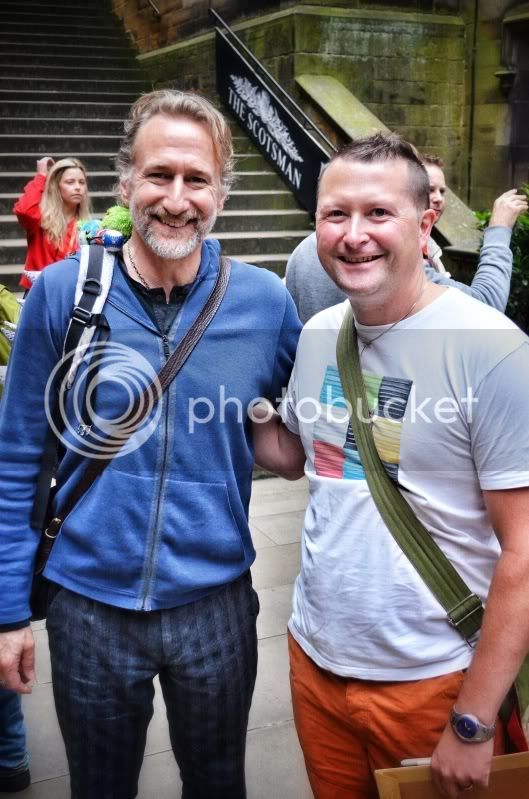 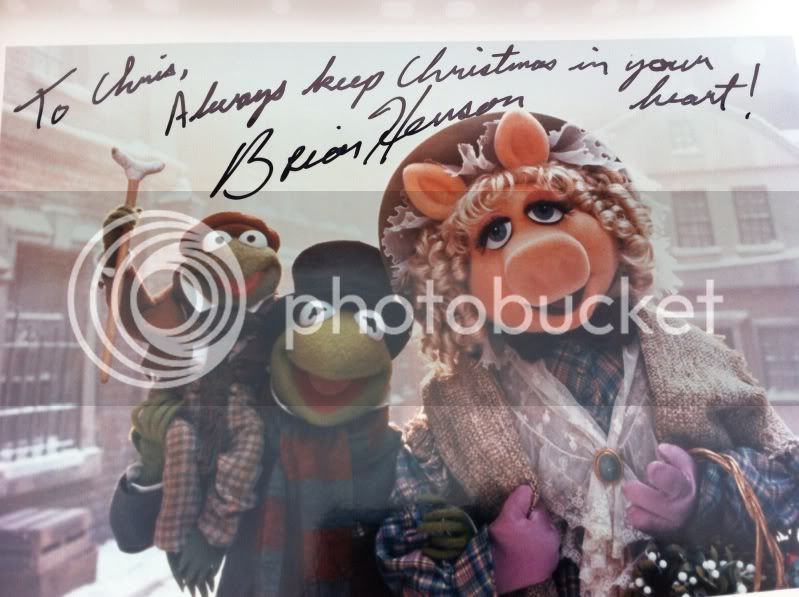 Lucky enough to meet Brian after Sundays am performance.

I got to see Brian Henson again as he entered the Hall with his daughter.

I was lucky enough to get front row seats, the puppets and performers were literally 3 feet away from me.

The show was amazing, hilarious and entertaining.

The improv is funny and clever. Some of the new characters created for this are amazing. I hope we see them in future Henson shows.
Seeing old characters was also amazing as a fan. One of the woodland creatures from the For what it's worth' muppet show sketch. Raisin from the secret life of toys and other assorted Whatnots and goats!! It was also great to see some of the puppets currently being used in BBC's That Puppet Game Show!
Highlights for me were seeing 'Accustomed to your face' and 'Java'. The java puppets still looked exactly the same as when they were used on The Muppet Show. They are also huge!!

Brian Henson did one sketch near the end, where an audience member joined in. This was very funny too.

The final number, was the closing theme, but this time the performers used no puppets, just naked hands and re-created the 'helping hands' faces from Labyrinth. Which was also great.

At the end, I got to hang around and watch the performers packing away the stage. A couple were talking to Leslie Carrara-Rudolph and told her how much their daughter loved Abby cadabby. Leslie recorded a message as Abby on their phone for their daughter which was also great to hear her doing Abby's voice!! I got to say hi and told her I was a massive fan and she said she loved my Gobo T-Shirt!!
On exiting the show, Brian Henson was coming up the stairs, I said, that was a great show Brian, thank you. He smiled and said Thanks too!!

The hotdog plush that I had seen someone with the day before we're given to people who participated in the show, so no merchandise to buy!!

A great evening was had by all.