New Muppet PEZ on the way! 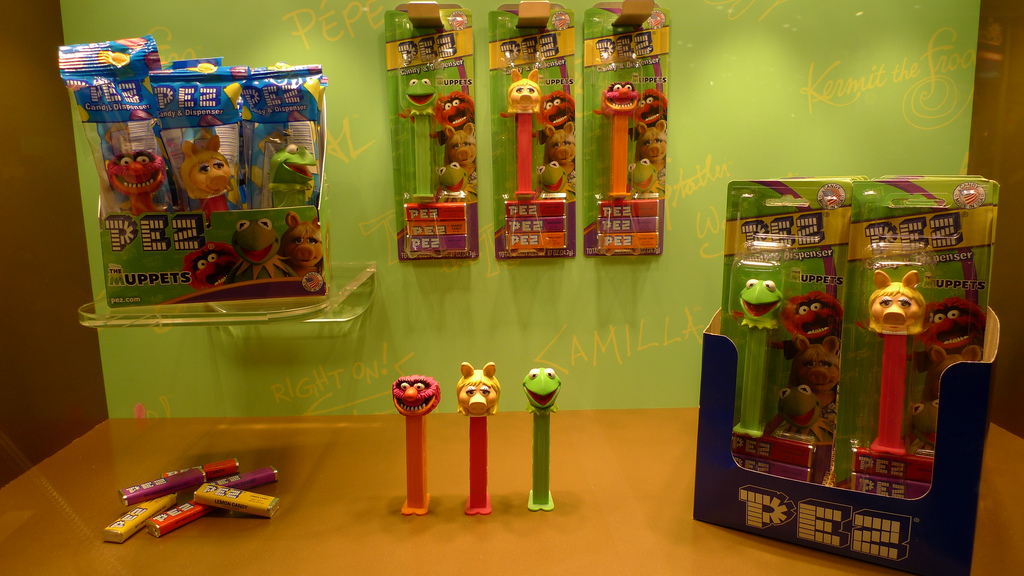 I'm not even going to question the fact they ony have 3 of them. That's how EXCITED I AM! WOOO! Not just as a Muppet fan, but as a PEZ collector.

But FINALLY we get an Animal! YAAAAAA!

The merchandise train is starting to gain speed!

"...unconfirmed sources have told us that they will be collected by nerds."

Brand new sculpts!!! What an improvement too.

Give me candy Give me Pez Give me Muppets!! The Muppets are truly takeing over HAHA!!
D

Seems like the only company REALLY adding to the PEZ production is Disney. Why, just this year they added New Cars 2 Pez (featuring new Sculpts) and added Thor and Captain America to the Marvel line.

Sesame Workshop could take a cue from Muppets Studios here... we could use a Grover and an Oscar to add to their line.

I hope like every other Disney set out there, they add characters to it later on. Late 2009 they introduced new Toy Story Pez with Woody and Rex (A Buzz was already available as part of an overall Pixar line), and when the movie was closer to the release date, they added Hamm, Slinky, and Jesse too.

I would love to see a new Gonzo sculpt PEZ or Beaker! I think Beaker would especially translate really well as a PEZ!

TheMonsterAteMe said:
I would love to see a new Gonzo sculpt PEZ or Beaker! I think Beaker would especially translate really well as a PEZ!
Click to expand...

Beaker would be fun, I also think Pepe would be a fun one as well.

I NEED THESE!! i have 100's of Disney pez and the old Muppet pez of Kermit, Piggy, Fozzie & Gonzo!