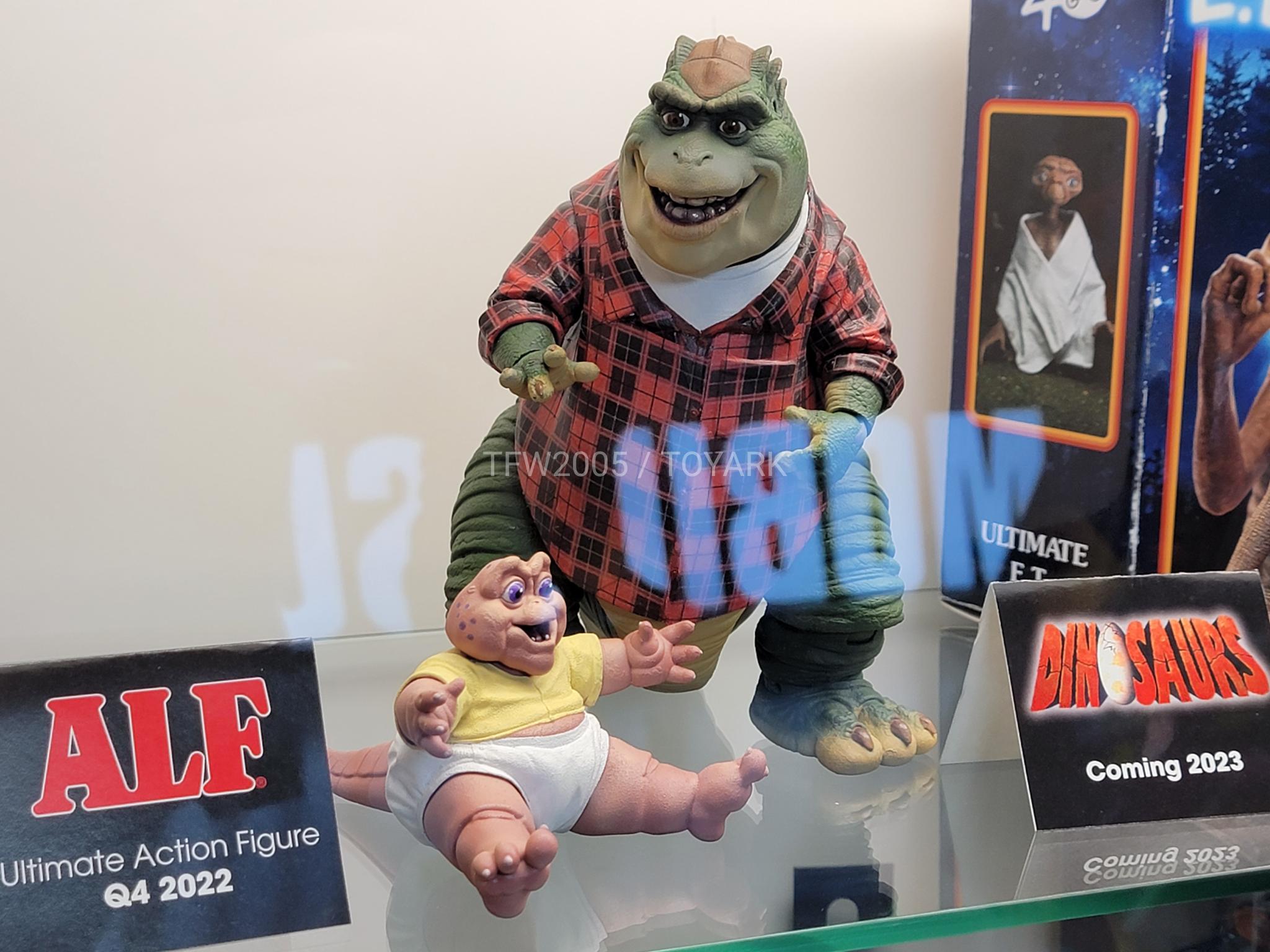 On the first full day of San Diego Comic-Con 2022, NECA revealed a few all-new items. They added new Teenage Mutant Ninja Turtles comic series action figures, as well as amazing looking figures based on the Disney and Jim Henson Dinosaurs TV Series. We also added a few close up photos of the...

Shown at SDCC, NECA will be making figures based on Dinosaurs and they look fantastic! Shown at the con are Earl and Baby Sinclair. For those not familiar with NECA, they have also tackled the Teenage Mutant Ninja Turtles movie figures from the 90's (and just about every TMNT iteration) as well as many other properties. They will also be releasing an Alf figure as well.

If there was any company that I would compare to Palisades' Muppet line, it would be NECA. They put in a lot of references with their accessories, usually have spot on sculpting (especially with non-human figures), and great paint detail and articulation. It would be great if this line does well and maybe leads to more Henson properties such as Fraggle Rock.