According to the Muppet Wiki, Muppets featured in the 30+ Esskay Meats commercials include Kermit, Harry, Rowlf, Moldy Hay, Yorick, Sneegle, and King Goshposh. However, I cannot find proof that any of the latter three were ever featured in an Esskay commercial. Does anybody know of any proof of their inclusions?

By the way, this picture is from an Esskay commercial: 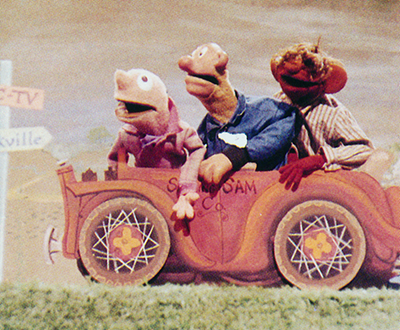 There's a section of the article that includes commercial descriptions. My theory is that most of them are recollections from Jim Henson Legacy screenings.

I wouldn't be surprised if that was the case