I Fraggled again! Lawliet is here.

So I finally finished this: 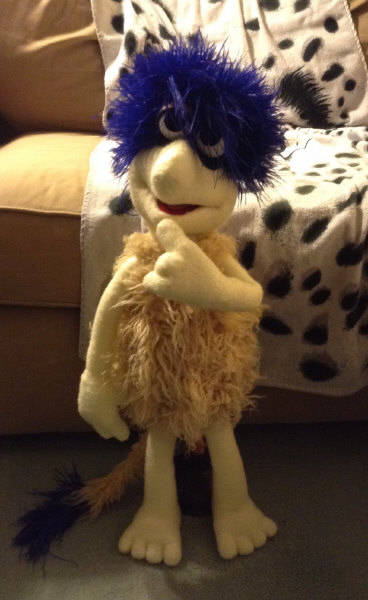 His name is Lawliet, and he's an homage to L from Death Note. He may seem kind of spooky, but he's mainly just on another wavelength from everyone else.

He's got a nice squooshy face, which is kind of ironic, as he's not a demonstrative character. His voice is a monotone and his expressions aren't much better. But, hey, he was the one I was making when I wanted to try a new way of making the face more flexible.

Incidentally, after I made him I realized that his snout is very much like The Storyteller's.

Looks awesome! I like the contrast between his fur and skin color to his hair color. Is the skin under his eyes the same sort of dark purple though or is it just the shadow from his hair?

He has black under his eyes, and the edges of his eyelids are also thick black. Makes him look like he hasn't slept in a week.