Posted on January 25, 2013 | 1 Comment
We have a title. It’s Jim Henson: The Biography. Dignified and straight to the point. But I’ve got another announcement for you, too.
Jim Henson: The Biography is now available for pre-order over on amazon.com. There’s no cover for it yet — everyone’s still working on that part — but the listing is up both at amazon and Goodreads. You can pre-order it on amazon here, and see it on Goodreads here. I’m fairly certain it’ll show up on other sites shortly, so if you do your ordering from independent book stores, stay tuned.

Yes, yes! Woohoo! I'm so excited for this release, I really hope it reveals some more stuff about Jim's early life as well as different aspects not as often explored throughout his career.

Great news! Can't wait to get it and add it to my Jim Henson biography section in my personal library shelf. It's strange that there hasn't been many Jim Henson biographies out in great detail. Most were released for young school readers. The only ones that were released as detailed biographies The Works, Muppets & Men and The Art of The Muppets. But it's great that there's a lot more books about Jim Henson that came out within the recent years like Bernie Brilstine's Where Did I Go Right, Caroll Spinney and Kevin Clash's documentries, Memors of a Muppet Writer, Sesame Street Unpaved, Street Gang, Sesame Street 40 years book, And of course Jim's Red Book, Sketches and Doddles (documenting Jim's original artwork for The Muppets and other artwork) and It's not easy being green and other things to conciser (I think a lot of the quotes were from a book that Jim was involved in during the 1980s but the book was never published, plus quotes from other sources like interviews and such).

Again, I'm really happy that there's going to be another Jim Henson biography coming out. Though I hope it doesn't any obvious mistakes like some I've seen where they said Cookie Monster and Kermit performed I've grown accustom to your face together or some historically inaccurate mistakes like that. lol

All of his research was done with the Henson Archives, Karen Falk, the Henson family, and the performers. I don't think there will be many inaccuracies, if any.
M

MrBloogarFoobly said:
All of his research was done with the Henson Archives, Karen Falk, the Henson family, and the performers. I don't think there will be many inaccuracies, if any.
Click to expand...

WOW, this makes me want to get this book more

Can't get any better then that

It's amazing how many new books have came out within the recent years. I just hope that someday the other film documentaries will see the light of DVD. I personally thought that the CNN People Profiles was the best one I've seen right next to The World of Jim Henson (I own the VHS of that now). I think the A&E Sesame Street Documentary is DVD on Demand / createspace on Amazon now. It's totally on my wish list

Doesn't Viacom own Sesame Street Unpaved (the special) since it aired on Noggin or does Sesame Workshop own it? If they do, it would be great to see as a special feature on Sesame Street Old School vol 4.

Yeah, The World of Jim Henson was great, but like a lot of Jim Henson biographies currently available, they are rather evasive about who he actually was. We know he was a brilliant artist, quiet, all the rest of it, but we don't really get a human portrait, do we?

(Also worth noting, Brian Jay Jones interviewed Jerry Nelson the year of his death. It may be the last interview he ever did.)

MrBloogarFoobly said:
We know he was a brilliant artist, quiet, all the rest of it, but we don't really get a human portrait, do we?
Click to expand...

I totally agree with you on that. Lots of books don't really give too much detail of Jim's lifestyle. Jim had a very wealthy lifestyle and he'd like traveling a lot. Esspecially with his family and fellow employees. He'd throw parties for his company from time to time as well weither at the Waldorf, costume balls, or even as simple as a company picnic at the New York park. Though Jim usually said how he always liked to keep his family life private, sometimes we hear some very wonderful stories from time to time. This is one of my favorites.

As for his life at work, Jim loved to work. As he quoted once "It's as satisfying as enjoying a good meal." Like lots of true artists, Jim cared about his art deeply and thought very carefully when making decisions involving marketing and products to help income his company. Although he had a strong vision with a lot of his work, he loved collaboration.

Lots of Jim's philosophy and a lot of his quotes has been documented in "It's Not Easy Being Green and Other Things To Consider". I quote I remember he said in terms of his philosophy was...
"Some people might think of it as redicuious optimism but it's always worked out for me."

Within my current research, I remember Jim mentioned in an interview which I believe is in an article on Muppet Central that Jim liked reading the Seth Speaks books series. Ironicly I study and practice Law of Attraction myself since the summer and it's strongly connected especially people like Abraham Hicks. I studied and practiced Law of Attraction since the summer and it's really cool. It's hard to explain in a simple sentence but basically it's the philosophy, science and spirituality of positive thinking. And how one can achieve and create the life they always wanted as long as you focus on it and believe in it.

Though I think the most interesting thing when doing research on Jim Henson is how much I can relate to him. I've studied Jim Henson since I was a kid. I still remember when I first discovered who he was. I was very small, I went to a Sesame Street Live show "Sleeping Birdie". And when you went to the show as a kid, you would get this big activity book. As I looked through it and seen the last page. 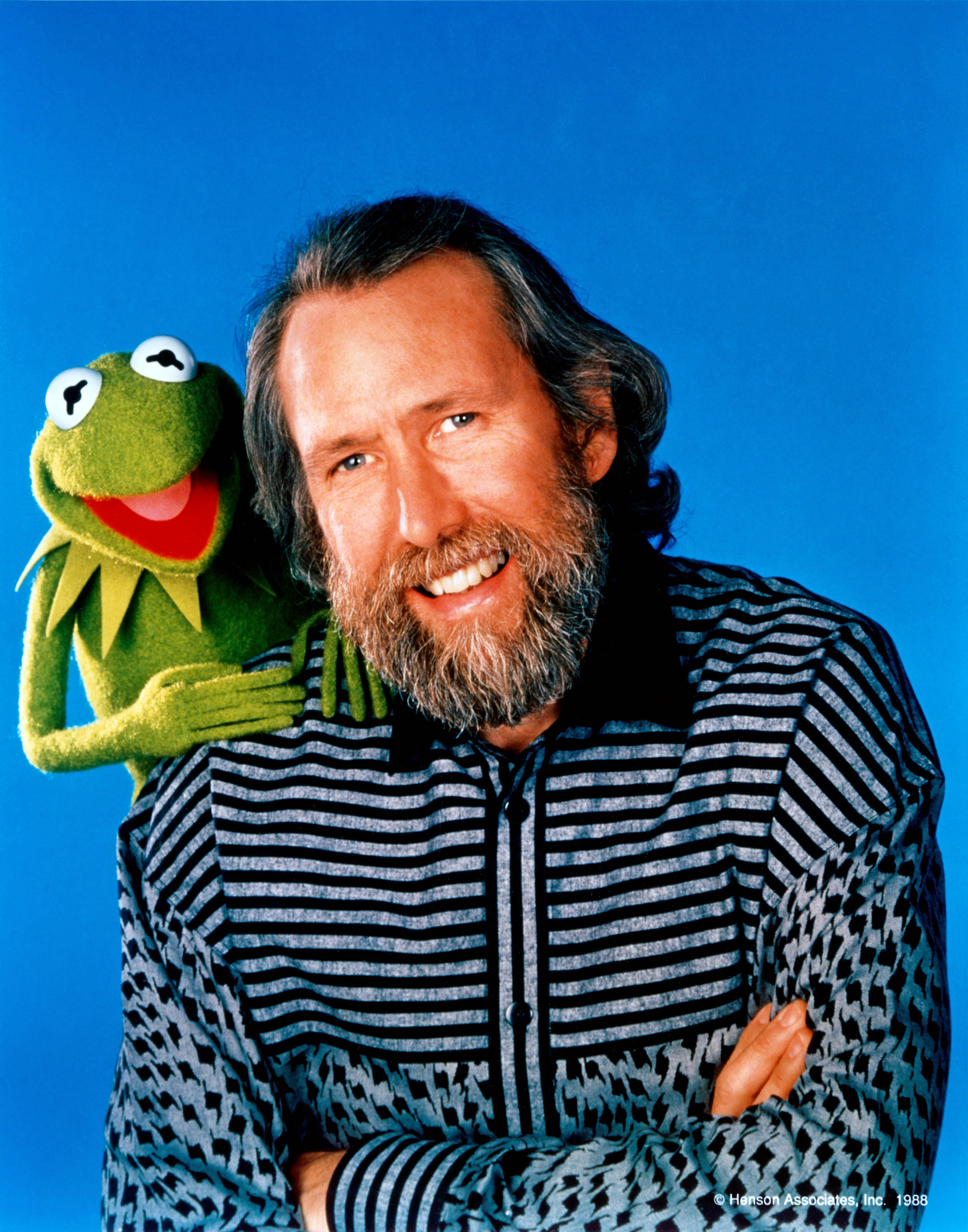 "That's Kermit but who's that bearded man next to him ?" This is the very picture I remember.

So I guess it was part of my life's journey to discover who this guy was. And sure enough, he became and still is my #1 hero.

Right now I am very curious as to who is going to do the narration for the audio version of the book. Also, I would especially like to see a personal review from Frank Oz. I loved his response to Michael Davis' book Street Gang: The Complete History of Sesame Street.
M

mupcollector1 said:
It's amazing how many new books have came out within the recent years. I just hope that someday the other film documentaries will see the light of DVD. I personally thought that the CNN People Profiles was the best one I've seen right next to The World of Jim Henson (I own the VHS of that now).
Click to expand...

I saw the CNN People Profiles on YouTube recently (for the first time since its original broadcast in 1999, for some reason I was unable to record it), and it feels very rushed. At the beginning it talks quite a bit about his childhood before getting to clips and coverage of his work, the section on Sesame Street seems to be the longest, the section on The Muppet Show seems long enough though not as long as the SST section, and after that it tends to be rushed, only showing the bicycle scenes from the movies, a little of The Dark Crystal and Labyrinth, and finally coverage of Henson's death, with no mention of Fraggle Rock* or The Jim Henson Hour (I would have happily done without it showing footage from The Wizard of Oz, which he didn't perform in, in order for it to show more clips from what he's actually worked on).