Ecto Cooler (and other stuff) for sale for Halloween

Is anybody still looking for Ecto Cooler and Ghostbusters marshmallows? My wife and I got some a while back and bought too much of it by mistake, thinking "this will be the best stuff ever!". It was...for a while. After drinking so many juice boxes though, simply put, we're burned out on the stuff.

So, I've decided to put the rest up on eBay. No, I'm not scalping it, just want to sell it for at least what I paid for it. I'm accepting Best Offers for just about everything I'm selling. I have juice boxes, cans, plus marshmallows. I even bought a case of the stuff that only has 39 boxes instead of 40. (Factory error, if anyone's into that type of stuff).

With Halloween coming up, I thought I would ask, since Ecto Cooler is even harder to find now (except on Amazon). It would be of better use to people who would enjoy it at a Halloween party than sitting in my apartment. I have to work on Halloween anyway, so (shrug) yeah. If no one buys it after a while, I may just donate it to a food bank or something.

Also, I have other eBay items for sale. None (right now) are Muppet-related, but there may be once I dig through some more of my stuff to sell.

So here's what I got:

Tons of Ecto Cooler I'm tired of looking at

Tons of Ghostbusters marshmallows I'm tired of looking at

Display signs from Hot Topic for the animated film "Spirited Away"--one is a 16x24 sign and the other is a HUGE 4x5 feet window cling.

A couple of other misc. items.

Like I said, I will be adding Muppet/Sesame items to this list soon. Maybe some Family Guy figures too, so stay tuned.

Oh. You're selling stuff. I thought this was a discussion thread.

Anyway, whatever can be said about the Ghostbusters movie, I think the fact that the food based merchandising was almost impossible to find was the real bungle for the franchise. I can take any bad reboot or crap movie if the merchandise is good enough. I mean, that horrid Underdog movie gave us a line of old carton based action figures, which I only got the bad guys. And, I mean, I liked this movie and all, but was more excited by Ecto-Cooler. Far more. And while I did manage to get my hands on 2 packages (I stupidly didn't horde the stuff), I haven't found the blasted stuff again since. Probably completely discontinued now. I'm down to the last 2 boxes, and saving it for Halloween. But at least I found those. What I didn't manage to track down were the Stay Puft Twinkies. I did get one of the packages of the Key Slime ones (they're okay), I wasn't able to find that particular version. And yeah, it's just Chocodiles with vanilla coating, but it seems a lot more interesting than slightly lime-ish flavored Twinkie cream.

It's really a blown opportunity that they didn't have most of this stuff hang around for Halloween (or at least the DVD release).

Yeah, I'm selling it, but we can discuss it, too, if you like.

We never saw the Twinkies here, (I'm in Illinois) just the Ecto Cooler and marshmallows and even then it was only in some stores at random. We have a grocery store chain here called Schnucks...pronounced like that dwarf's name in that Snow White clip:

Anyway, at one Schnucks in town, I asked about Ecto Cooler at the customer service desk and they said "Huh? Never heard of it. Juice is aisle 5..." the assistant manager remembered Ecto Cooler and looked forward to buying it herself, but didn't know when (or if) they'd get it. I tried at the second Schnucks across town and one of the workers said "Sure, it's over there near the Kool-Aid and stuff. There's marshmallows there, too. Those are over near the peanut butter."

So, it was completely luck of the draw that a store even in a chain would have it.

I saw some Halloween Twinkies the other day at Walgreens--"Chocolate Scream filling", I think. The Ghostbusters Twinkies were supposed to be key lime, right? I wanted to get some, but I wasn't about to pay Comic Book Guy prices for it.

As for the rest of the Ecto Cooler in town, my local Ruler Foods (it's an "El Cheapo" grocery store with mostly non-name brand stuff) got in a huge pallet of it in July and they just sort of plopped it down in the middle of the store. It was weird to see it just for sale in a store when it was also being scalped on eBay for crazy prices. Ecto Cooler was the "Tickle-Me-Elmo" of juice this summer, but in that store, shoppers casually pushed carts past it. Sometimes they bought some, but then they just went about their business buying milk and eggs and stuff.

My wife and I drank a lot of Ecto Cooler over the summer because, well, it was hot here this summer, the store was a block away and we figured Ecto Cooler wouldn't come back. Same went for that Throwback Mountain Dew with the hillbillies. I got a lot of that too, but fortunately, I got burned out on it right when I ran out of it. It was just something new to try instead of the same old soft drink standbys for a caffeine buzz.

Now, the Ecto Cooler just kind of sits in my cupboard and it's like anything else that sits in the cupboard for a long time that you put off consuming.

Granted, I only saw the Ecto Cooler in juice box form for sale, never the cans. I got some on Amazon just to check out the "cool the can, see the slime" feature.

So, yeah, I was just seeing if someone was interested in buying it that couldn't find it and wanted some for Halloween. If I didn't have to work on Halloween, I'd consider handing it out to kids for Trick-or-Treat.
D

Convincing John said:
I saw some Halloween Twinkies the other day at Walgreens--"Chocolate Scream filling", I think. The Ghostbusters Twinkies were supposed to be key lime, right? I wanted to get some, but I wasn't about to pay Comic Book Guy prices for it.
Click to expand...

Thing that bugs me about those is that Chocolate creme Twinkees are something that's basically year round. Feels like a huge missed opportunity not to sell either Ghostbusters version of the snack instead, but I felt the same way when they had the Minions tie ins that they released the Banana creme filled ones a whole year after. D'OH!

Plus...I'm glad more or less they brought back Scary Cakes, but they totally screwed them up. See, they're supposed to have sprinkles on them instead of the normal Hostess frosting swirl. Kinda disappointing they didn't truly bring them back, and just put orange colored frosting on them. On the plus side, Cheetos is releasing those white cheddar bones again, so there's that.

But the thing I really miss is Jones soda's small cans of Halloween specific flavored sodas. I really liked Caramel Apple. I did find something of a substitute. Tamarind flavored sodas from the Mexican foods aisles taste similarly enough depending on the brand.

Is anybody still looking for Ecto Cooler and Ghostbusters marshmallows? My wife and I got some a while back and bought too much of it by mistake, thinking "this will be the best stuff ever!". It was...for a while. After drinking so many juice boxes though, simply put, we're burned out on the stuff.
Click to expand...

Wow! I didn't know they brought Ecto Cooler back. (Unless you mean you have one from the 80s or 90s that's way past the expiration date.) I think you may have 'convinced' me John, except I don't have a credit card to buy on ebay. But if you want to PM me and see if we can work something out with that, I'd be up for it.
D

And in case you want to know, they also brought Crystal Pepsi back... for like less than a month. Difference is that it was much easier to find, so in the battle of Pepsi vs. Coca Cola (Hi C drinks are part of the Coca Cola company) at least Pepsi wins by basic distribution.

Yeah. I've seen Crystal Pepsis for sale. Unfortunately, I can't have caffeine because it gives me headaches.

I have just a little bit of Ecto Cooler left, most of which expires sometime next month. The rest is nearly all gone. If anyone's still interested, this will probably be the last chance anyone has to buy some from me. Right before Christmas, I'll have to either discard it or drink it myself.

I do have one last 10 pack and 2 odd cans (not listed on eBay) if anyone wants just one.

I also have rare Spirited Away items for sale if anyone's looking for something unusual for Christmas gifts...and yes, I will bargain with anyone interested. (But I won't throw in any rope & tie it to your car for you). 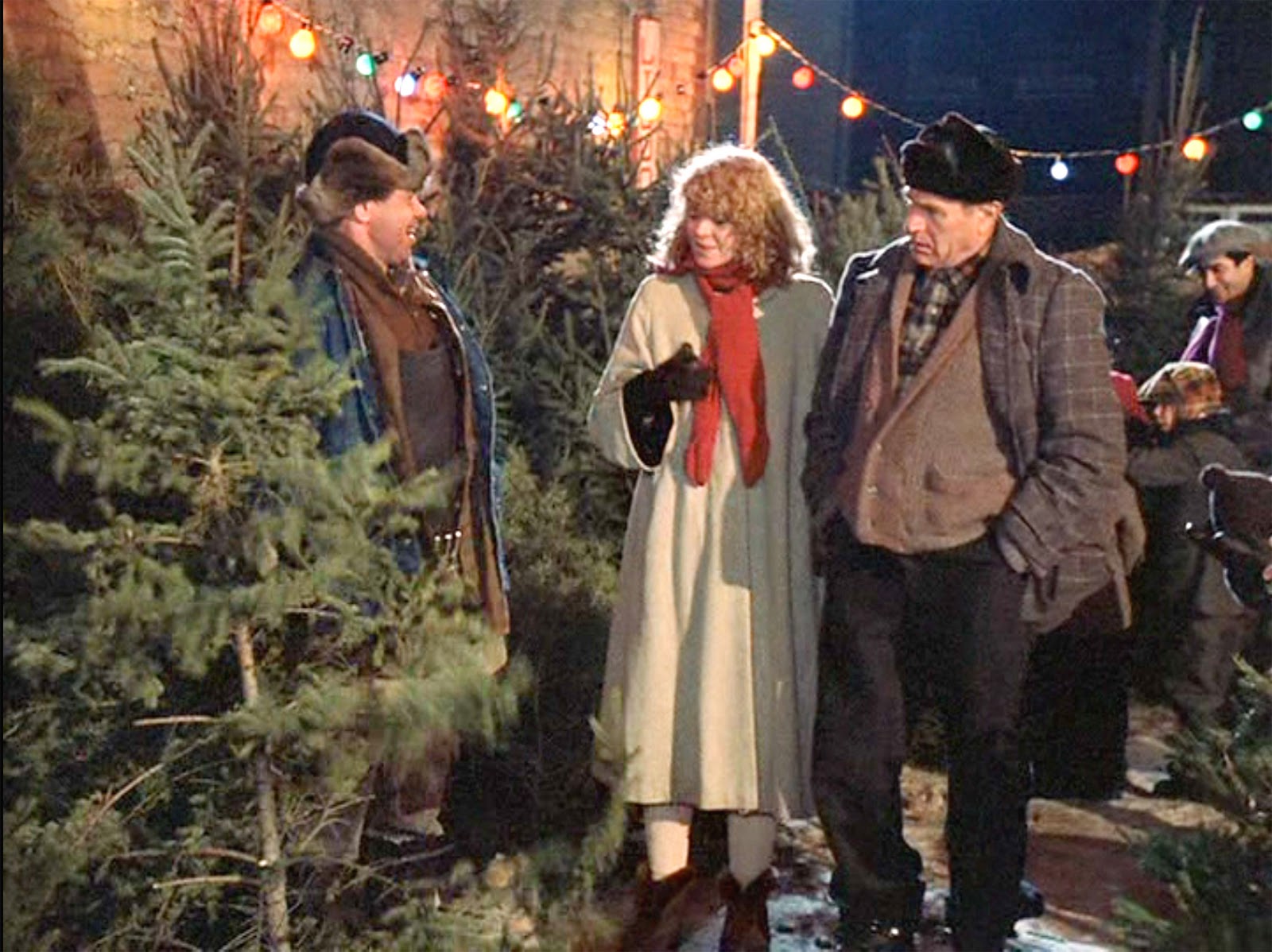