The following change shouldn't dramatically affect the first season of The Muppets Mayhem series, but it will unquestionably influence future Muppet productions thereafter.

BURBANK, Calif. — The Walt Disney Company announced late Sunday that former CEO Bob Iger will return to head the company for two years in a move that stunned the entertainment industry.

Disney said in a statement that Bob Chapek, who succeeded Iger in 2020, had stepped down from the position. Disney board chair Susan Arnold thanked Chapek for his leadership during “the unprecedented challenges of the pandemic.”

She said directors believed Iger was “uniquely situated” to guide the entertainment behemoth during “an increasingly complex period of industry transformation.” Iger, 71, led Disney for 15 years as it absorbed Pixar, Lucasfilm, Marvel and Fox’s entertainment businesses, then launched its Disney+ streaming service.

Iger said in the statement that he was “thrilled” to return and “extremely optimistic” about Disney’s future.

“I am deeply honored to be asked to again lead this remarkable team, with a clear mission focused on creative excellence to inspire generations through unrivaled, bold storytelling,” Iger said.

Hollywood’s creative community had grumbled about Chapek’s cost-cutting measures and sometimes blunt approach to talent, while theme park regulars had been unhappy with price hikes. Earlier this month, Disney posted lower than expected results for its fiscal fourth quarter.

Chapek faced blowback early this year for not using Disney’s vast influence in Florida to quash a Republican bill that would prevent teachers from instructing early grades on LGBTQ issues. The bill sparked a spat between Disney and Republican Gov. Ron DeSantis.

He was also criticized for his handling of Scarlett Johansson’s lawsuit last year over her pay for “Black Widow,” an unusually public conflict between the studio and a top Hollywood star. The 2021 Marvel film was released simultaneously in theaters and through Disney+ for a $30 rental.

Iger first came to power at Disney when the board ousted its fifth CEO, Michael Eisner, in 2005. The former TV weatherman won over Wall Street and Hollywood with bold acquisitions and public displays of respect for the creative community and the company’s storied history. 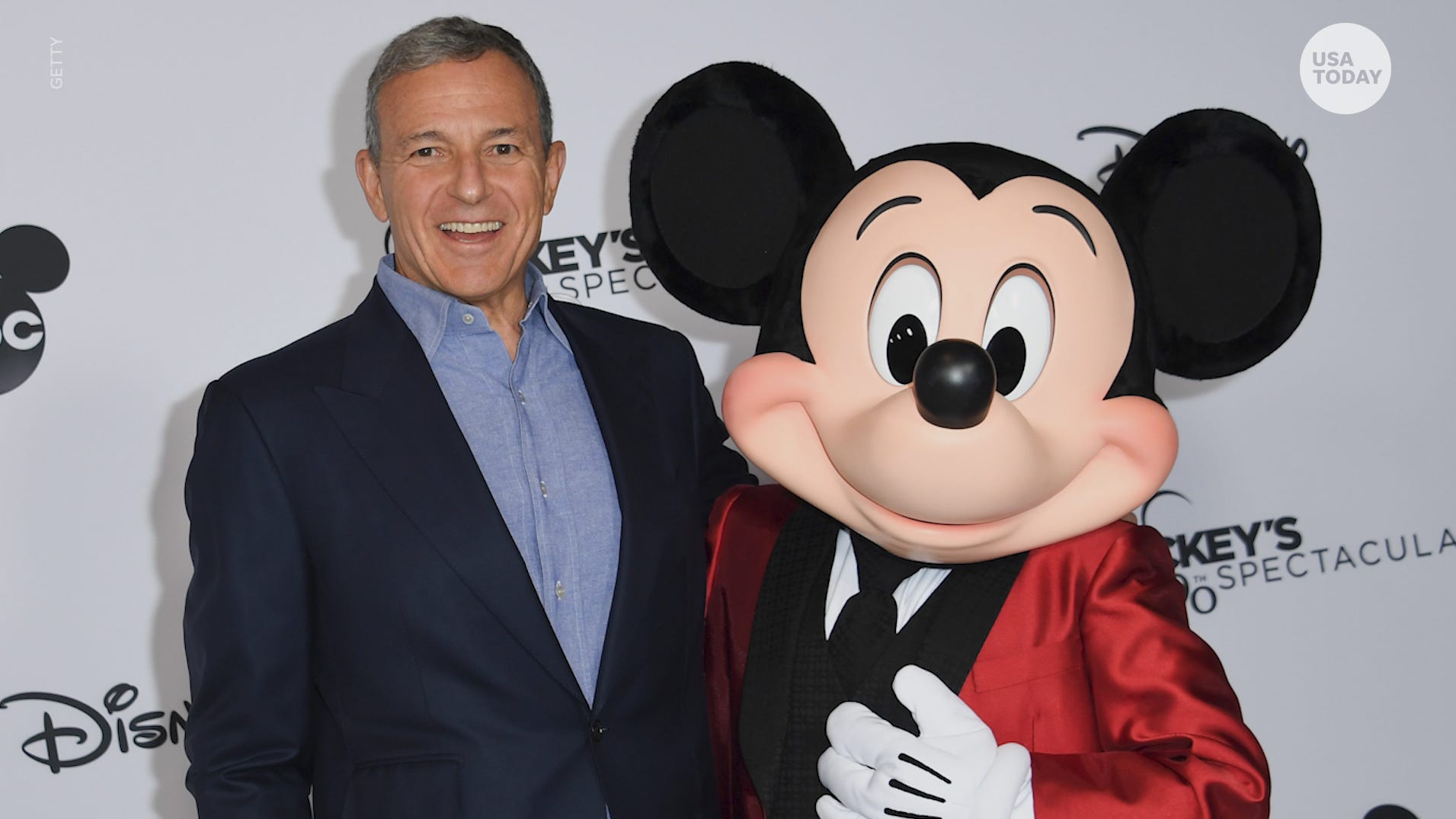 Bob Iger previously steered Disney through its absorption of Lucasfilm, Pixar, Marvel and Fox's entertainment businesses and launch of Disney Plus.
www.usatoday.com

I think this was a choice for the best, but not for the reasons that most reporters are saying. I think Chapek had actually been too politically aggressive, attacking the values that many Disney audiences hold. The company paid the price; despite owning a literal 2/3 of the entertainment industry, Disney reported a $1.4 billion loss this last quarter. Movies have been bombing at the box office; attendance at the parks has been down; and my wife found a whole Disney/Star Wars section at Hobby Lobby where the merchandise had been marked down up to 90%!

Iger is not a champion for Christians and conservatives, but he doesn't have to be. We mainly want to be left alone, or at least to feel like we have a seat at the table for discussion. Iger comes from a marketing background, and he did a good job during his previous tenure of fence-straddling to keep both sides of Disney's very vocal fanbase happy. During a recent town hall meeting with his employees, Iger defended some of the recent decisions of the company but also said that he was sorry for how certain things played out, and that he wants to get back to making all Disney fans happy, and that to the extent that he can, he wants to calm things down. Those are very encouraging signs, and I choose to be optimistic.

(To anyone reading who doesn't agree with this, I respect your right to feel differently. These are just my thoughts.)

As for the Muppets - they haven't thrived under either Iger or Chapek. The only one at the company who had a vision for the Muppets was Michael Eisner, and due to other poor business decisions, he was ousted a long time ago. At least we have the nearly complete run of "The Muppet Show" on Disney+ and more content on the way. Under Iger's guidance, we got "The Muppets" (2011), which is my favorite Muppet production since "Muppet Christmas Carol" in 1992. ("Muppets Most Wanted" was also excellent, upon a re-watch.) So I'm going to keep an open mind for the future.
You must log in or register to reply here.
Share:
Facebook Twitter Reddit Pinterest Tumblr WhatsApp Email Link
Top