And America Continues to Show it's True Colors. . .

I appreciate your opinion. I feel no way to fight is invalid but there are many other ways.

Happy Birthday America! Sure you may have your problems, but your still A great nation!

The 4th is a day about overthrowing a leader. No reason you can't celebrate if you don't like Trump. 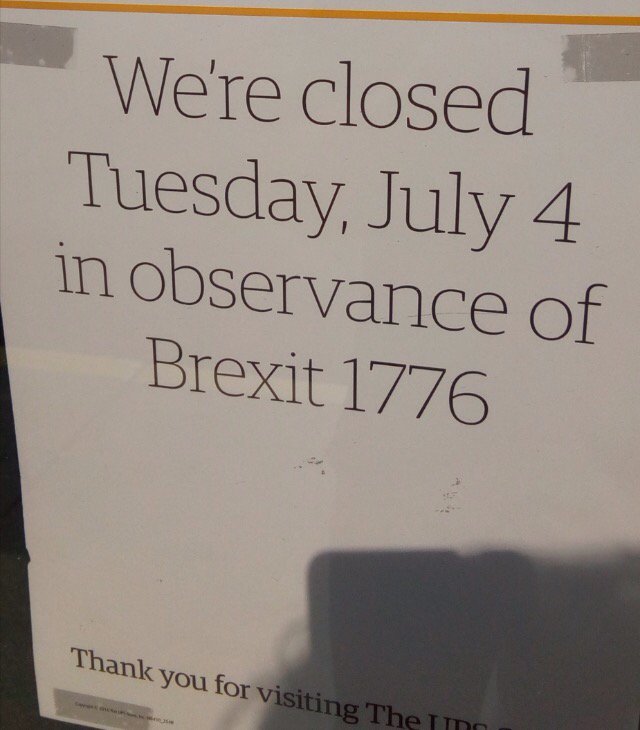 The arrests where based on health and safety issues! Notthing to do with saying no you can't do this. This also says the Governor has met with the group 16 times. Surely if something was going to change it would have been discussed durring those 16 meetings.
This Governor has been willing to listen to you all, and yet you still feel the need to protest?
Seems to me that the Governor is willing to work for you all, but doing something like that is just going to hinder more then help the relationship.

dwayne1115 said:
I've said this before, but just because you may have the legal right to do something it doesn't mean it's right.
Click to expand...

Much like the legal right to bear arms doesn't mean it's right to go around shooting up schools, churches, businesses, or other public areas where innocent lives are lost.

Here's the thing though: by law, the police have to respect a protest if it remains peaceful - only if things escalate and get out of control are they required to exercize their authority to restore order and peace (such as riots and the like); these people were protesting peacefully, so there was no reason for the arrests to be made anyway.

Protesting may not be the right thing to do under certain circumstances (I still say it would have spoke louder volume if those who oppose Trump simply ignored his Inauguration altogether rather than protest it, which only drew more attention to it), but in cases like this, you can't just turn a blind eye to the government trying to take away your rights like how the White House is trying to make significant cuts to Medicaid, which disabled people like Colbynfriends rely on.

Seems to me that the Senator, and the police had no choice in doing what they did. These people where just doing there jobs. According to both news videos the police tried to handle this as carefully as they could. Not like it was back in the 60's durring a lot of civil rights protests. Where they would release attack dogs beat people with clubs, and spray them with water hoses.
The senator allowed this group to stay, it was the property management that had to shut this down. Because if something where to happen to somone in that building the onwers would be held responsible. Since everyone is so sue crazy these days, and the fact that these folks where not going to leave any other way this had to be done.
Under normal circumstances one senator's vote is not going to kill a bill. Thankfully that's one of the great things about our democracy!
Instead of protesting why not show the ones in the Senate that do not want this to pass support. Share your stories, your struggles, and trials whith them. Give them fule for there passion. Let the people in these respected offices that the American people voted for do the job they are supposed to do.
Why do we have to make things more complicated than they really should be. The larger the number of support and supporters any given issue has the more willing people will be willing to listen.

As Americans these days we want what is best for us without any solution or way to fix the bigger issue at hand. You want to keep your health care, and benefits? Fine come up with a solution to fix the bigger issue of good heathcare for everyone. Stop having this child like attitude of "give me what's mine because it's mine". Be willing to work with people comprise work together. Should it be that our leaders would be the ones doing this and leading by example? Yes, but for whatever reason they can't so it's up to us to lead by example instead!

Our group does a lot of outreach. Earlier in the year we all went to DC and spent a day asking House Reps to support a bill that would have a positive impact on home and community based services.

There were about 200+ of us. Historically the group (Adapt) engages in civil dissobediance. One of the first ones involved blocking rush hour traffic to lobby for accessability on public buses. We also staged many protests against Grayhound. Over a decade later we not only got more accessible transportation, but laid the groundwork for the American's with Disabilities Act. Same group, same tactics.

Colbynfriends said:
Our group does a lot of outreach. Earlier in the year we all went to DC and spent a day asking House Reps to support a bill that would have a positive impact on home and community based services.

There were about 200+ of us. Historically the group (Adapt) engages in civil dissobediance. One of the first ones involved blocking rush hour traffic to lobby for accessability on public buses. We also staged many protests against Grayhound. Over a decade later we not only got more accessible transportation, but laid the groundwork for the American's with Disabilities Act. Same group, same tactics.

Don't get me wrong I completely agree with people with disabilities needing proper health care. I just believe that protests like this cause more harm than good! Dose it get awareness out yes, but what kind of message dose it really send? If this bill is truly taking sway healthcare from folks with disabilities then it will affect a lot of innocent people, and I don't think ethier party could take that kind of hit.
The problem is that we have politicians who dont live in the real world trying to figure out a real world problem.
You must log in or register to reply here.
Share:
Facebook Twitter Reddit Pinterest Tumblr WhatsApp Email Link
Top